This project spawned out of desire to have simple documentation that could be easy hosted on github. Other documentation I tried did not provide the features I wanted or felt too bulky to customize. So I decided to investigate creating my own program.

How does it work?

A .NET project can then collect all of the XML based documentation into a single file by adding an entry to your *.csproj file.

Documark then reads this documentation file and with the help of .NET reflection, generates markdown documents for the assembly, types and members. Links are automatically generated between documents as well, so a type may refer to another type and you can jump between the documents.

The following is an example of a member level document for Heap<T>.Contains rendered by Github. 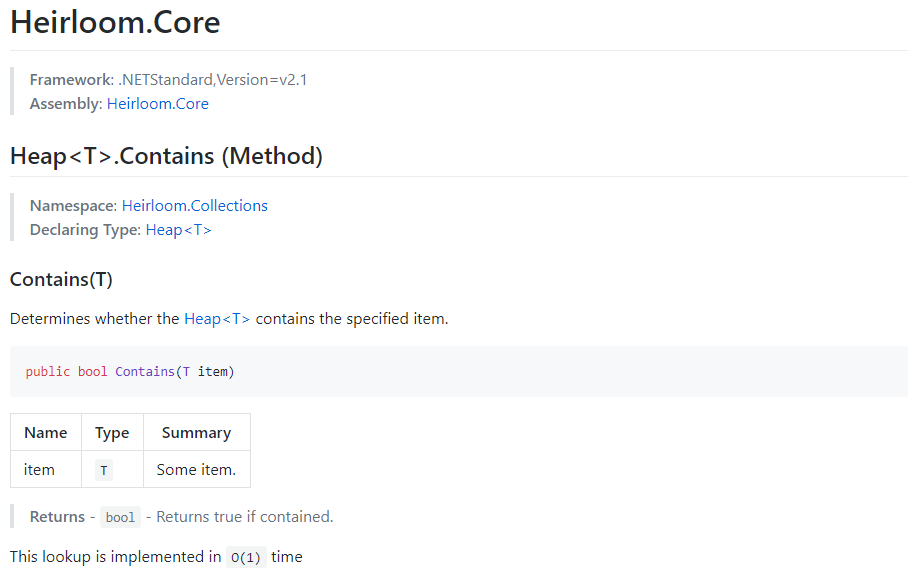 How can I use it?

Currently, the best option you have is to clone the project on Github.

Once cloned, navigate your terminal to Documark project folder and run the following command.

This should generate a single executable file in the bin\Release\netcoreapp3.1\win-x64\publish directory. Then you can use it as described in the Documark README.